Skip to content
What is the Gospel and Why Is It Good News? 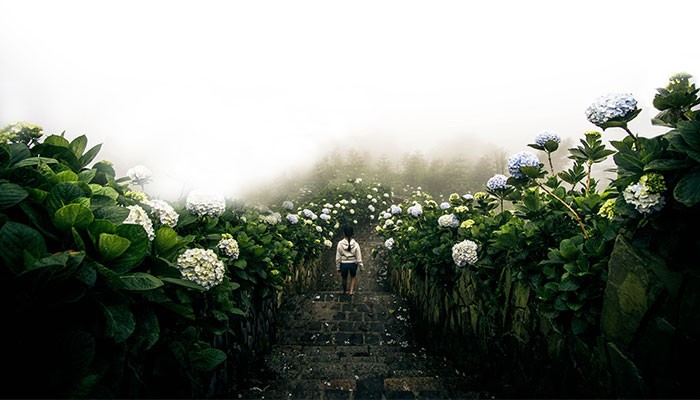 Now I make known to you, brethren, the gospel which I preached to you… that Christ died for our sins… that He was buried, and that He was raised on the third day according to the Scriptures… (1 Cor. 15:1-4)

Often, we think that in Eden humanity turned bad, which makes the cross—and therefore the gospel—about Jesus being punished for our badness, which makes Christianity about trying to as “good” people.

But the truth is, in Eden humanity became enslaved, which makes the cross—and therefore the good news—about our freedom… which makes Christianity about learning how to live free. (Rom. 7:14, Gal. 5:1)

In Eden, Adam and Eve traded the truth of God for a lie, and worshipped and served creature instead of Creator (Rom. 1:25).

When this happened, their bodies—formed from the land and filled with glory—became empty of glory and changed indefinitely. It was like they were now living in foreign land. Their lives, once perfectly intertwined with God, were now intertwined with their enemy.

They were now bound to serve the kingdom of Darkness in land of Darkness.

In other words, they were now dead—from God’s perspective anyways. And because Adam held the human race in him when this happened, we were all born into the same dark land with the same dark ruler (Gen. 2:17, Rom. 7:14, 8:20-21).

To make matters worse, after the flood, at the Tower of Babel, when humanity was starting over again, she was scattered and separated from each other.

More was happening here than an introduction of new languages. The family of humanity was being issued a new fate: she would no longer get to function as a family.

This was (and still is) very very bad news.

But oh, there is good news! This is why we needed good news to begin with!

Here is the good news, friends: God so loved us, he sent Jesus into this exile-land (that is, to live in a human body). Then Jesus brought the slave-driver of that land to death on the cross.

He gave humanity the opportunity to truly live again! He became a new Adam of a new kind of human race. Anyone who simply believes he did all of this receives the Holy Spirit who transfers him from Adam to Christ, and makes it possible to live free from slavery, the curse, and fruitlessness… while still walking Planet Earth! (1 Cor 15:45, Eph. 1:13, 2:8-9, John 15)

To make matters even better, Jesus undid what happened at Babel!

This is very very good news!

As the late, great C.S. Lewis said, “Christ did not come to make bad people good, but to make dead people alive!”

So, I’ll leave you with one final question today: Do you believe the good news of Jesus? And if you do, would you join me in heralding it to all creation?

KATIE MOON is a Biblical researcher, writer, teacher, and founder of a non-profit online ministry called In Black and Light, where she reaches the world through innovative Bible teaching, written blog messages  and works behind the scenes researching and developing in-depth Bible Study curriculum. Katie and her husband, Garrett, live in Bismarck, North Dakota, with their three sons: Judah, Finnley, and Benton.