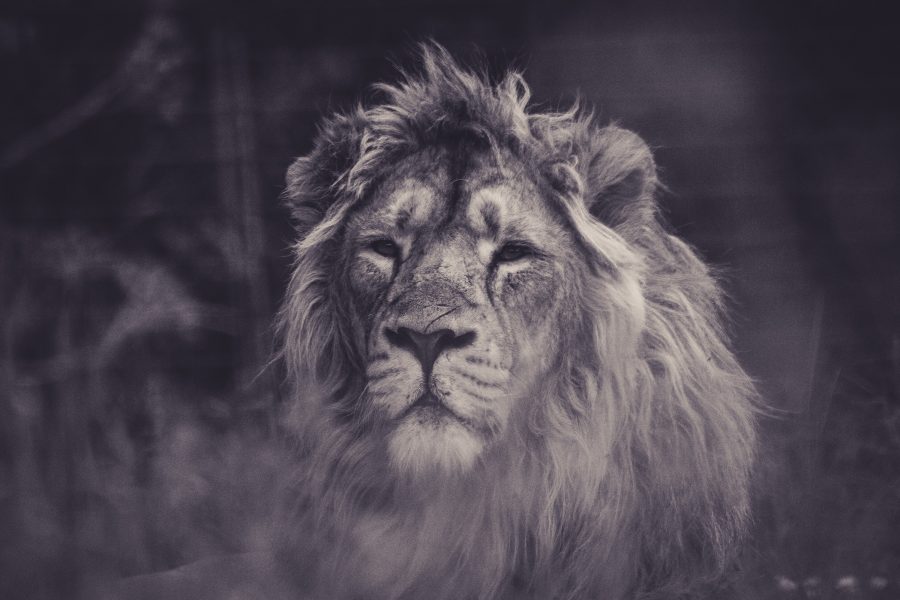 Then one of the elders said to me, “Do not weep! See, the Lion of the tribe of Judah, the Root of David, has triumphed. He is able to open the scroll and its seven seals.”

Lions live in social units called prides, which are little functional tribes or mini-societies. And humans have always been fascinated by them.

In fact, some of the oldest paintings in history are in the Chauvet Cave in France, and contain artwork called the “Gallery of Lions.”

In the New Testament, too, we find lions—two of them, to be exact.

Let’s look at the first lion.

The Lion of the Tribe of Judah

Jesus is the Lion of the Tribe of Judah. Today’s verse is about him and is part of a greater story in Revelation 5, where there is a scroll no one in the universe can open and read.

This makes John (the Apostle who wrote Revelation) weep! But a mighty angel tells him, “Do not weep! The Lion of the Tribe of Judah . . . is able to open the scroll and its seals.”

Further in the chapter we learn this Lion is worthy because he became a lamb, and let his blood be shed for the salvation of people from every “tribe and language and people and nation” (Rev 5:9).

Jesus’s great power is shown and felt in his devotion to creating and sustaining life for the world.

The Lion of Destruction

Now, let’s contrast the Lion of the Tribe of Judah with the second lion we find in the New Testament.

Peter writes about him in 1 Peter 5:8, warning:

Be alert and of sober mind. Your enemy the devil prowls around like a roaring lion looking for someone to devour.

This lion is Satan himself. And what are his powers? Fear, destruction, devouring, consuming, and death.

While Jesus is the Author of Life, Satan is the bringer of death.

Which Pride Are We In?

Much like the artwork in those ancient caves, these two lions paint profound pictures about what it means to be human.

As men and women, we will devote ourselves to one “pride” or the other: the pride of Jesus or the pride of Satan.

To follow Jesus is to give life, to find strength in selflessness, to be quick to do what’s right, to have a steel backbone against evil, and to never run from God’s purpose on our lives.

To follow Satan is to take life, to find strength in selfishness, to have feet quick to do evil, to give in to sin, and to flee from God’s call on our lives.

The two lions leave very different trails: one of Life, one of death.

Which Lion does your life show that you follow?

Devotion by Jordan Loftis, author of The Men With Bare Feet and host of The Bible Better Podcast.